Welcome! We are excited to partner with Forward Financial Group
to bring you these exclusive offers!

Life Happens…
but you do not need to live
under the fear and embarrassment of a tax problem.

Dan has experience helping people like you get out of tax debt for over forty years.  He got started when the IRS tried to take his mother’s house away due to his father’s tax problem.  At the age of 18, he fought back by suing the the IRS and… WINNING!

If you have a tax problem,  we suggest you purchase How to Get Tax Amnesty.

If you own or are starting your own business, Dan Pilla’s Small Business Tax Guide is a must have.

As a referral of the Forward Financial Group, we are excited to offer you the following books at $34.95, a 12% discount. 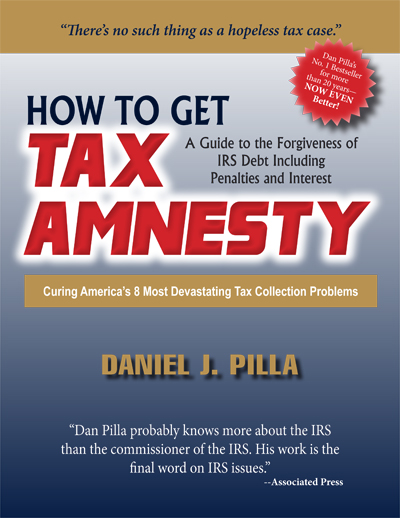 How to Get Tax Amnesty,
the book that started
the Tax Resolution Industry.

Though it was originally written for the average American taxpayer, Dan’s book started the tax problem resolution industry. 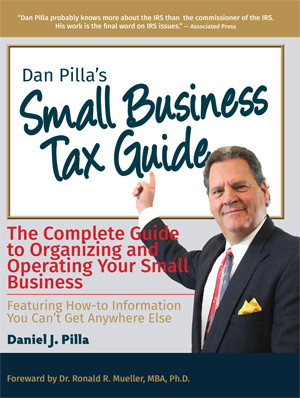 It’s not enough to be the creative genius behind your company. You also have to keep your company out of trouble with the IRS.
Don’t get clobbered for violating tax rules you never knew existed.
If you currently operate, or intend to operate your own small business, you need this important new book by Dan Pilla.

*When you order from us at taxhelponline.com, you are eligible for one free 15 minute phone consultation (normally $99). After you place your order, contact us at 800-553-6458 to schedule your free consultation with Dan.

“Several years ago, we were drowning in IRS tax debt.  My husband spent a lot of money trying to find a remedy and settle the debt.    At that time the IRS  said we owed over $300k+, as  they disallowed all business expenses for a year . At the same time my husband-to-be was struggling with the aspects of his wife dying of cancer.  With fees, penalties, and locked down bank accounts, he was desperate to find a workable solution.

Terry and I married five years ago.  God pointed us to Dan.  We saw a television commercial with Dan Pilla saying ‘”There is no IRS problem too big to solve.”  We contacted Dan’s office and he began helping us right then.  He dictated letters for me to send, gave me instructions, and became our “voice” with the IRS.  Within 1 year the $300k+ was reduced to $351.  Dan and his staff have continued to work with us and we are finally in the “black” with a settlement that we can afford.

Other suggested books available at Taxhelponline.com 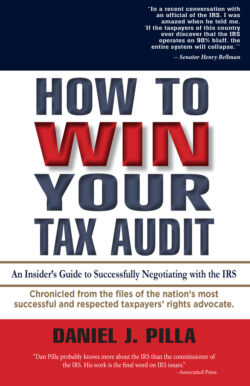 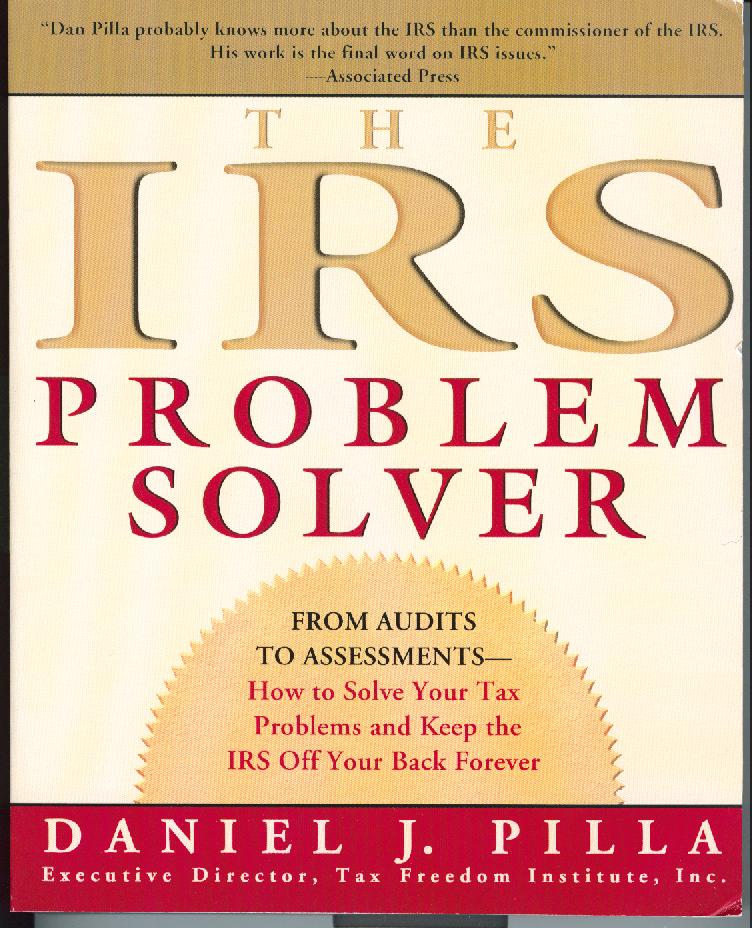